A lot of my races are probably in the outermost 'wasteland' areas, if that's what the outer rings are. I always have a tendency to put my guys as far away from the center and as far into the middle of nowhere as possible. That's probably going to be the whole reason for why they were able to isolate themselves at all, since most people don't care to go out there...

...As for the Werean, I don't know if I want to put them on the map at all, partly because they're a race that will probably never become involved, and their cloaking technology is so advanced that it's impossible to actually find their stars and planets. I kind of might want to just keep their entire location a secret, just for the fun of having that oddball 'mystery race' that nobody can ever pin down.
_______________________________________________
[You must be registered and logged in to see this image.]

[You must be registered and logged in to see this image.]

[You must be registered and logged in to see this image.]

Sector map finished. I did this mostly without Zar's help due to him being unreachable. So he and I will probably discuss this and a change or two may occur in the future, but probably nothing big. Please post below which sector(s) your race is located, and where in that sector (describe the layout of the territory borders). Please remember that all of our empires are extremely small and should not take up an entire sector. Factions are different. But for now we will worry solely about the empire locations. Also, note that the further out from the core your empire is, the harder it will become for it to maintain itself.

The "Virgin District" is the zone of uncharted territories. Not many empires will lie out there so it will be hard for others to maintain themselves. This zone may be renamed in the future but that is it's title for now.

Can the empire be split on the border of two different sectors or do you just want them in one?

I'd say all but three of the UCN stars are all scattered within the middle part of the Faldesin district, primarily in the square that sits directly next to Hendrionna. The final three races reside in outer Faldesin, although they're very close to the original UCN. The Dram'knoll homeworld (Currently overrun by Nylggzora) is in the second innermost square of Hendrionna, directly next to the UCN worlds, possibly going slightly into Goluhene. The Svangar homeworld is in middle part of Goluhene, neighboring Zexidon, so it's somewhat further away.

For the purpose of the lore behind my races that I've mentioned to Zar and Dark, and because it makes sense to put them there, two extinct worlds reside in the Goluhene district, wedged between the squares occupied by the Svangar and Dram'knoll worlds.


The Werean race is in Lehomar, neighboring Tulaunt, but they won't really be of any importance, since they've cloaked all their worlds with dark matter. The location is mostly to explain where Ravage went to pick up Querois, and explain how she managed to wander so far away from the territory explored by the UCN.


Finally, the Nylggzora and the Chimerosu cult that worships them, they're somewhere in Goluhene (Hence why the Dram'knoll got invaded), that upper right corner by the virgin districts. Actually, they might be outside Goluhene, but very close to its borders. I don't want to give a perfect location, since I've got an RP idea, and I don't want them getting culled out or something before I get a chance to do it. Their location is an area where the amount of stars is extremely thin and sparse; it's very far between them.


and...I think that's it. It's a lot easier to determine locations by saying what square and district our race is in. I like this new map format. You can see where my races interact a lot with one another, since they all tend to occupy this one band. You can also see where at one point, the Chimerosu tended to lean towards establishing colonies far from where their homeworld was.
_______________________________________________
[You must be registered and logged in to see this image.]

Territories can branch across multiple sectors. Just not like massively, or anything. We want the empires to be big enough to show their true power, but not so big that it's unrealistic or takes space away from areas that could be used by future members. Just find what works best.

My races never have much of a territory except when they're in an alliance form. You know, they're like, "Okay, we'll stay way out here in our little cluster."

I can't help but think that the reason they're out there, still, is because I always imagined that people would have this mentality of, "There's nothing interesting out there away from the core." My mentality is, "Because you never look at it, you're missing out on all this cool stuff."

The Xenoqqi Industrial Syndicate lies in the outermost section of Novus, bordering on the Aravat and Donnitola sector.

The Hithe's "homeworld" of Gorrleth can be found on the border of Kredash and Novus. However the Hithe themselves can be found dotted throughout the Novus, Kredash, Revaut and Pradum sectors. 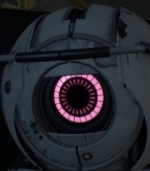 [You must be registered and logged in to see this link.] wrote: However I know the UFIAI is in the far south, and has a very long but thin chain.

That's just what I told you I remembered, it may or may not be correct.

Anyhow, here are mine. I'll give context as to why they are... where they are.

To begin, the Eldraunn will inhabit the vast majority of the central sector, up until about halfway into the outer ring of star/dust there. This is because being in close proximity of the core is extremely dangerous, and only races that are sufficiently advanced (meaning the Eldraunn) will be able to survive there. It's also supposed to highlight the power of the Eldraunn, and a lot of our important plot stuff for upcoming Fatebreaker chapters/other things will rely on the Eldraunn having nigh complete control of the Central Sector.

The center of Novus is the location of Xarthon and the remnants of the Novus Alliance/Vrentus Collective, so Abarron's Reconstituted Vrentus Collective will inhabit that. The rest of the Vrentus territory, controlled by Praedromus, is in the northern part of Aravat. Originally, the Vrentus will have inhabited almost the entirety of Novus and Aravat, but because of being sent into hibernated and nearly destroyed by the Krathunians, there's a sizable gap between the two territories.

The Krathunian Old Worlds are essentially the lower half of Olmeta, spreading into a bit of the top half of Enkanto and the bottom of Vorim. They're close to the Jorro'kil, given their relationship. Meanwhile, the New Worlds lie in the bottom half of Faldesin, going a little bit into Saborix. All of these territories show where the Confederacy is mostly located, and additionally how the Krathunians had to go a ways away to escape the Old Worlds and where I'm pretty sure Kradus and the Dominion are.
_______________________________________________
[You must be registered and logged in to see this image.]

I am going to take time once everyone has submitted their locations to carefully add each territory into the map. I'll do this by starting with a fresh galaxy image and then outlining where the sectors are so they're at least visible border-wise. Then I will mark where each race territory is. I will also make another one for factions after this.

Btw for the Dominion locations. Previously Zar and I assumed they were in the east but with this update they'll probably be more southern pointing. Stretching from northern Olmeta, Yorkon, and Vorim should be a collection of Dominion empires. Mainly Zraak. Vaurik colonies are spread amidst, but the crux of their empire lies more in Donnatola.

The Loccalian worlds, during the first reign, took up about a fourth of the galaxy and are spread out literally all around. However those are all mainly destroyed, abandoned, or just no longer usable. The new awakened ones lie in Sidaun's center as well as the part of Isvulta facing Central.

The Karthla are spread all over. I don't think we need to even label them really. Since they're really just all around feeding off of everyone and are not an empire or state. I think we may just highlight a few places that are particularly thick with them, which would be in the outermost points of Beonorion, and Revaut. The rest of their thick nests are probably in the Virgin District. There may be some noteworthy clusters in Hedrionna. But ultimately I will only pinpoint these. They won't be considered territories, but merely "zones" that are considered extremely unsafe.

Alright. Hopefully I'll get to tonight. I would think they'd be in the east as well considering they were the primary faction of the Galaxy for some time and would've taken to areas with tightly packed stars, which is perfect in that area nearest Central in the east. Perhaps Aravat could be the crux of it then, with leaks out to Tulaunt and Sidaun. That would make their territory very close with Loccalians, especially since many colonies of the Dominion stem from worlds that were once Loccalian owned.
_______________________________________________
[You must be registered and logged in to see this image.]

A bit late to the party, but here goes it.

The Vil-Nolwikkans and their vassal states are located almost entirely within Kredash, on the side closer to the central sector. Some Vil-Nolwikkan worlds reach a little bit into the upper half of Revaut.

The Xikarian Amalgamate is located in the left half of Vorim and the right half of Pradum, with almost all of their territory located in the relatively empty area between two of the arms.

Also, I've found some words that would be useful when determining coordinates in Ravena. I'm not the one who came up with these.

The Xlivien Federation is on the borders of Yorkon and Olmeta with most of the Federation being held on the edge closer to Enkanto than the Central Sector. ((P.s. You for got me Darkel ;D))

Anyone who hasn't submitted their race locations, please do so as soon as possible so that we can move on.

This is definitely going to require some thought.